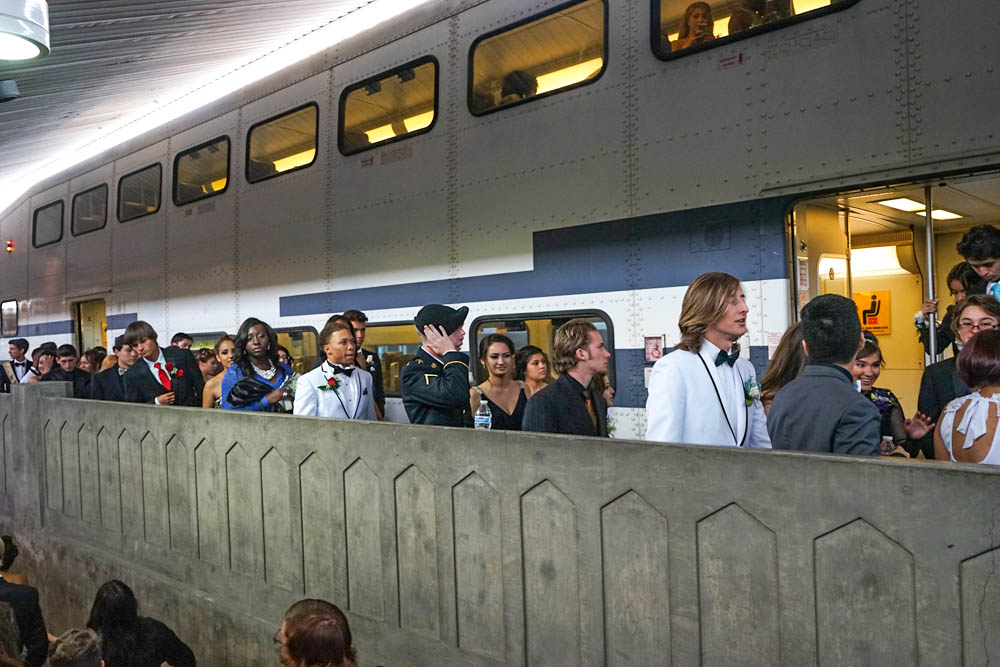 Today, more than 500 students and chaperones from Golden Valley High School in Santa Clarita, in northern Los Angeles County, will charter a Metrolink train from the Santa Clarita Station to Los Angeles Union Station to celebrate their high school prom. From there, students and chaperones will board the Metro Red Line to the Hollywood &amp; Highland entertainment complex where their prom will be held.

“For twenty-three years, Metrolink has been providing safe, affordable transportation to proms,” said Metrolink CEO Art Leahy. “It is our privilege and honor for parents and schools to trust us with transporting their students on this important night.”

Metrolink’s prom train service provides a safe, reliable and more cost-efficient alternative to typical modes of transportation for prom, like renting a limo or charter bus. The service also offers students a chance to de-stress on an otherwise stressful day.

“Our community has been receptive to using this method of transportation,” said Golden Valley High School Principal Sal Frias. “It’s very reliable and more fiscally responsible, as well as less stressful than using bus service. Our school, students and parents are excited to make the train a part of our prom experience.”

This is the third year that Golden Valley High School will be using Metrolink’s prom train service.

The special extra service has been offered since 1995, with Palmdale High School in Palmdale being the first school to use the prom train service.

To date, Metrolink has provided prom trains to thousands of high school students across the region.

Metrolink is Southern California's regional commuter rail service in its 25thyear of operation. Metrolink is governed by The Southern California Regional Rail Authority (SCRRA), a joint powers authority made up of an 11-member board representing the transportation commissions of Los Angeles, Orange, and Riverside, San Bernardino and Ventura counties. Metrolink operates seven routes through a six-county, 538 route-mile network. Metrolink’s passengers travel approximately 441 million miles each year, making Metrolink the second busiest public transportation provider in Southern California. Metrolink is the third largest commuter rail agency in the United States based on directional route miles and the eighth largest based on annual ridership.